THE PHILOSOPHY ACCORDING PEEPAULETTE – Exodus, 1 and 2

Let’s time travel: it is the cinema in 1956 and spectators attending family in the projection of the Ten Commandments by Cecil B. DeMille. It’s almost a global event! The public is fascinated by this film that caused a stir, perhaps because it is in technicolor, but because its special effects give the biblical story a breathtaking reality. Candidly glued to their chair, eyes wide, the children take for real phenomena produced by film techniques. For some, though the filmmakers were able to separate the waters of the Red Sea is that this miracle had actually accomplished! And how not freaking hearing the bass voice of the invisible Creator questioning twice the hero :  Moses! Moses!
They were not the only ones to get carried away by the power of seduction of the image … In the film, viewers now lent Moses traits Charlton Heston, and Ramses II face would merge their lasting head with that of Yul Brynner. As for Nefertari or Mistress of Upper and Lower Egypt, it now borrowed the Hollywood beauty Anne Baxter.
Since then, other versions were shot or adapted musicals or animated movie like Prince of Egypt, splendid achievement of DreamWorks. A few details, we find the same characters. The writers have respected the storyline, which suggests that they recreate in their own way an official interpretation of the original texts, that which emanates from recognized authorities, confirmed and competent. It was then a matter quite sulphurous request to speak: there is another interpretation?
To have the real proof, what’s more appropriate to consult the original text! Although they are skeptical, some Peepaul are curious and they are ready to interview them to form an opinion. Others flee everything about the religious world and particularly all that is rooted in what is called the Book of books. One can understand that, since the official interpretation of which we speak singularly divided sensibilities instead of gathering. Is this the purpose of the Book?
Thus, a new question arises: can we just simply romanticize Bible stories to provide entertaining and most profitable shows? Are there obvious differences between the original text and adaptations based on official interpretations in question? Between us, nothing prevents us to seek together the first clues that would inform our questions. For by taking the game to the investigation, it may well be that we shared a fruitful experience.
So, see you soon ! 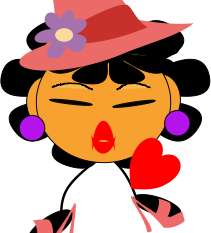